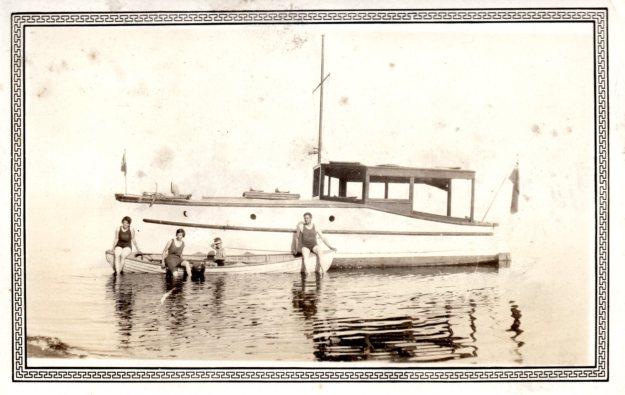 From the Charlottetown Guardian 6 September 1932:

Last evening the writer had the privilege of being shown through two of the finest launches in our harbour, namely the “Restless” and the “Roamer”. The former is owned by Mr. Hal Bourke and the latter by Mr. Malcolm Irwin.

Both these launches have Kermath engines in them and are equipped with radios, electric lights, refrigerators and toilets, all the conveniences of a modern home. The former boat “the “Restless” is 33 feet long and ten feet beam and travels at a speed of nine knots.  She has cruising accommodation for seven persons.

The latter boat, the “Roamer” is practically the same as the “Restless.” She has a speed of eight knots and is 31 feet 9 inches long 8 1/2 feet bream. She can also accommodate seven people.

Both Hal Bourke and Mac Irwin were active in boating before 1920 and were two of the first members of the Charlottetown Yacht Club. The Bourke residence overlooked Charlottetown Harbour near Pownal Wharf just east of what is now the home of the Yacht Club.   Mac Irwin lived on West Street and had an extensive boat building shop at the rear of the family business – The Irwin Printing Company. 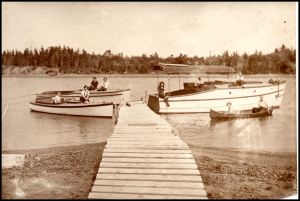 The Roamer at Red Gap ,probably in the 1920s. Note the other, smaller flush deck cruiser and the Flirt, a runabout owned by Hal Bourke

The Roamer and the Restless were fixtures in Charlottetown harbour – the Restless was still actively cruising into the 1960s. I have been unable to discover to date where and when the two vessels were built.  At the time the design with its flush deck and sloping deckline to the stern were the epitome of modern motor boat marine architecture as popularized by the American magazine, The Rudder (copies of which were to be found in corners of the old sail loft in the original Charlottetown Yacht Club when I was a junior member).  The boats probably date from the early 1920s. The Restless is reported to have toured to the Bras d’Or Lakes in the simmer of 1924, calling in at Pictou, New Glasgow, and Wallace on her return trip.  Given the similarity of design it is probable that the Roamer dates from the same period

Mac Irwin had a seemingly endless series of boats. One of his earliest motor boats was the family launch Hermes built in 1912 by L & N Paquet of Souris. This 22 foot open launch was powered by a 5 hp Imperial motor from Bruce Stewart.  In 1920 an account of a picnic at the Stewart property on the West River mentions a large boat used to transport attendees but it is not clear if this was the Hermes, the Roamer or some other boat. 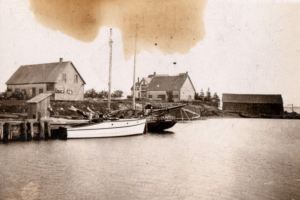 Under the care of its owner and his friends the Roamer, like the Restless, was also used for many extended voyages.  Snapshots from the Fred Small Collection show the motorboat in Murray Harbour and there are references in newspaper accounts to Mac Irwin being in attendance at regattas elsewhere in the eastern part of the Island. 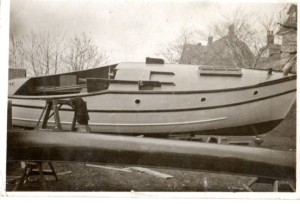 One of the difficulties with these two boats is telling them apart. As the newspaper report above notes the boats are almost identical varying only in length by a few inches and in beam by a foot and a half.  Moreover there were modifications made throughout their lives with changes especially evident in the deckhouse. From a completely clear flush deck a canvas top was added to both boats with a spray shield to protect the companionway and finally (at least on the Restless) a wooden cabin. I have been able to find no photos showing both boats in the same picture.  The only clear difference seems to be in the site of the companionway with the location on the Roamer at the starboard while in the wider Restless it was centred. 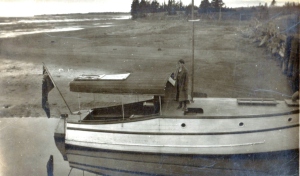 Restless at Pinette ca. 1930 with external rudder and midships companionway

Another indicator may be the external rudder which is clearly evident in some photos but is frustratingly hidden in most of the-photos available.  On the other hand it is not inconceivable that modifications made to either boat could have included changing the rudder configuration.  I have assumed that pictures showing the rudder are of the Restless. A similar canvas canopy seems to have been used on boat boats to shelter the otherwise open cockpit. 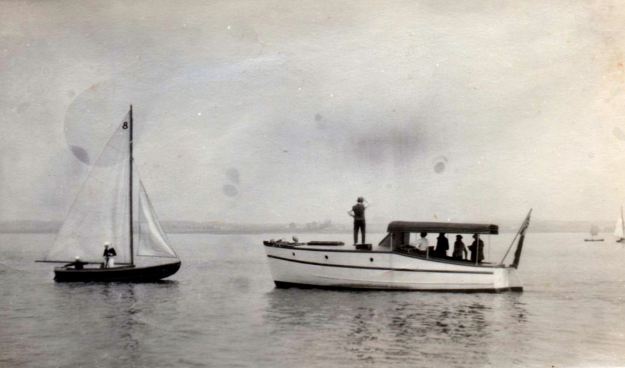 The two boats were frequently used as committee boats for regattas and races in Charlottetown Harbour and often served to tow snipes and other craft to regattas held elsewhere, especially after the formation of the Yacht Racing Association of Northumberland Strait in the late 1930s.

And when did the two boats disappear? We know that Mac Irwin launched a new plywood Roamer in 1956 so something must have happened to the old boat. The Restless survived for much longer but I do not know its fate. Perhaps a reader can assist in closing the chapter?

A few other Restless and Roamer photos. Click any image for a slide show. 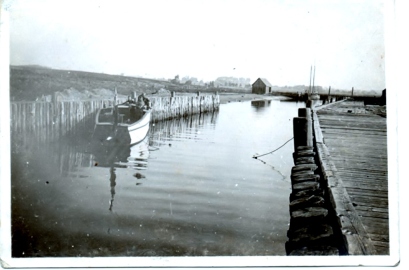 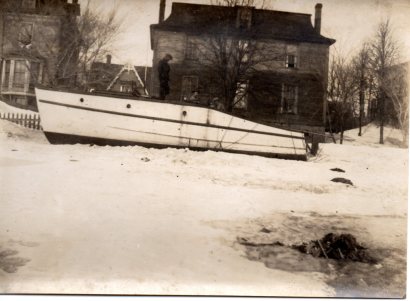 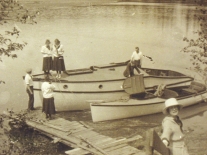 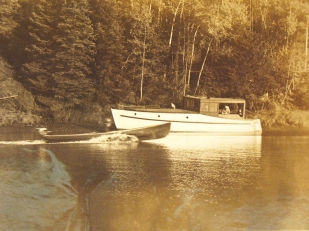 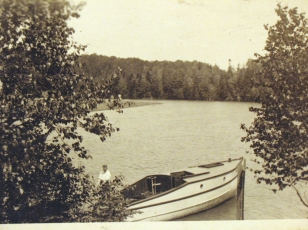 11 thoughts on “The Restless and the Roamer” 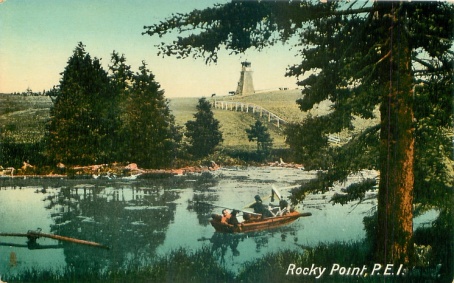 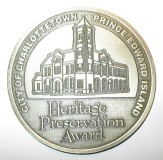 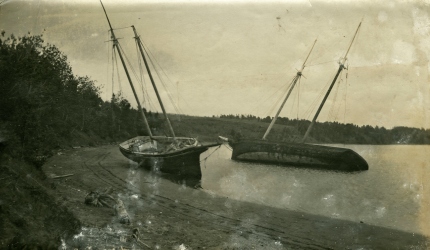 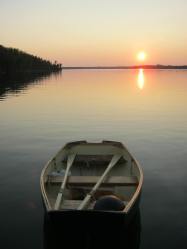 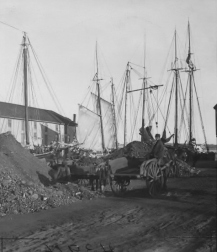 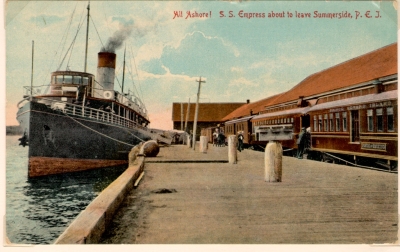 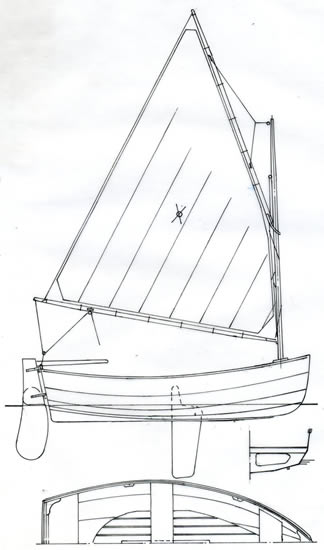 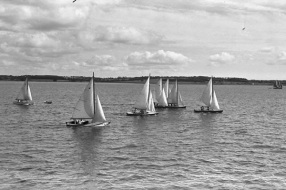 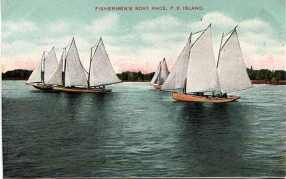 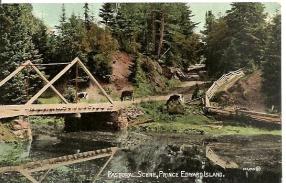 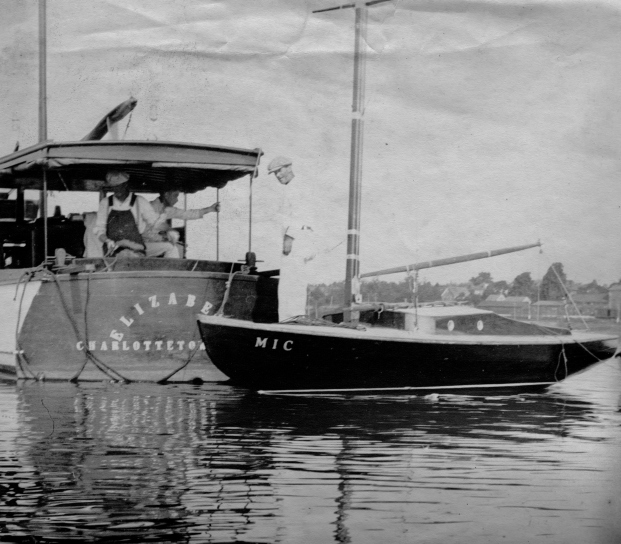