Although rowing  was a feature of life in Charlottetown Harbour from the time of the establishment of the community it did not become a popular recreational activity until the 1870s. Even the regattas of the 1840 were most often contests between working  crews of visiting vessels or local watermen, perhaps supplemented by the odd gentleman.

However in the early 1870s interest in the sport increased dramatically . Beginning in the east in ports such as Halifax and Saint John the interest quickly spread across the Dominion and in the United States. Charlottetown newspapers carried extensive reports of competitive rowing with local, national and international competitions appearing frequently. In Canada, Toronto sculler Ned Hanlan, soon to become world champion, was a national celebrity, accorded the recognition that would be given to hockey stars and Olympians a century later. 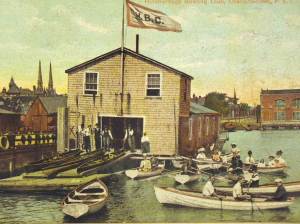 Hillsboro Boating Club about 1910. A few racing sculls can be seen on the ramp.

Increased interest on the Island led to the establishment of the Hillsboro Boating Club which held its first Charlottetown Regatta in 1878. Although there were sailing races most attention at the regatta was on the rowing – five of the seven events were either sculls, canoes or multi-oared boats with the single scull being the premiere event.

Rivalries soon developed among the scullers and, emulating contests in Halifax and Toronto, money was soon riding on the outcome. In August of 1879 John Joy jr. the 15-year-old son of a Charlottetown publican and oyster seller put up $25 against George Morris and Fred McKay for a five-mile single scull race in Charlottetown Harbour. It appears that neither challenger was successful and the interest simply increased. The Semi-Weekly Patriot of 13 September 1879 carried a stroke-by-stroke account of the next race:

JOY vs. DUCHEMAN – The long talked of sculling match between Joh Joy and Geo. Duchemin came off on the harbour on Thursday morning. The water was in splendid condition for rowing, its surface being undisturbed by a ripple. A large number of spectators assembled on Pownal and Connolly’s wharves to witness the race. Mr. Thomas Robins acted as referee. The course was from a Pownal wharf to a stake-0boat moored up the West River. It was intended that it should be three miles in length – mile and a half with turn – but owing to a mis-understanding on the part of those who moored the stake-boat it was placed for a three mile strait-away race this making the course a six mile one. This was not, however, discovered until the race was over, and there was much surprise at the men being away so long.

The start took place shortly before noon. Joy drew the outside position. They both pulled a very rapid stroke for the first fifty lengths or so, but slackened down as they were going out of sight behind the store on Connolly’s wharf. The race was now invisible from Pownal wharf until the boats were near the stake-boat, when it was seen that Joy was ahead. On the home stretch Joy pulled very leisurely, occasionally stopping to rest, and came in about ten lengths  ahead of Duchemin. At the finish Joy indulged in a good deal of “blow” which was entirely uncalled for, as the boat he rowed in was a far better one than the only one Duchemin was able to obtain. It is the opinion of many that had the latter been even passably boated the result might have been very different. 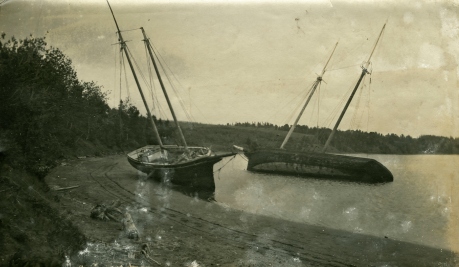 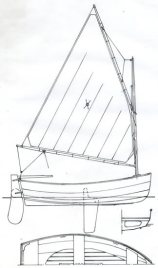 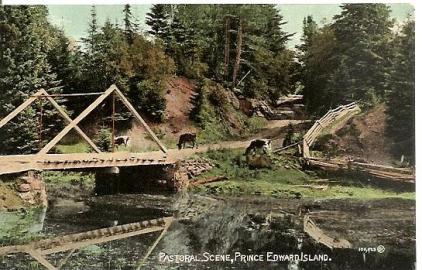 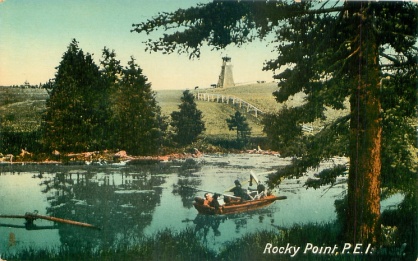 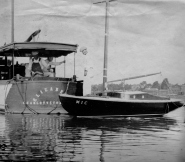 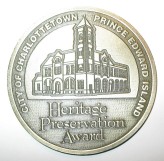