S.S. Halifax preparing to leave Charlottetown. A visiting warship can be seen in the background

By 1890 the wooden steamships Carroll and Worcester which had provided the direct Charlottetown – Boston connection since 1872 were more than twenty-five years old and in 1892 their owners, the Boston and Colonial Steamship Company became bankrupt. Fortunately another company, the Canada Atlantic Steamship Company, which had previously operated between Boston and Halifax, was able to begin service to the Island, and better still had a modern vessel for the route.

The steamer Halifax was built on the Clyde at the Govan Middleton Yard of the London & Glasgow Engineering and Iron Shipbuilding Company and was launched in July 1888. She was rapidly completed and began service between Boston and Halifax 20 October 1888. The single-screw vessel was 230 feet long by 35 feet wide and drew some 21.5 feet.  In spite of her width she had a somewhat ungainly and top-heavy appearance emphasised by a high prow and passenger decks running the full length of the steamer.  However there are no reports of instability and the passages were usually without incident

S.S. Halifax at the Plant Line Wharf in Port Hawkesbury

The new vessel was owned by the Canada Atlantic Steamship Company which had been incorporated in Halifax the previous year by a number of leading merchants from the Nova Scotia city including James E. Chipman who appears as owner in the registration.

In a listing of port connections from Halifax in the 1892 Canadian Guide Book by Charles G.D. Roberts the steamer was particularly noted;

…the fine, new, steel steamer Halifax of the Canada Atlantic Line to Boston. This is a most desirable route to Boston. The fare [from Halifax] is $7; return ticket, $12. Staterooms $1 to $1.50 extra. The streamers sail from Halifax every Wednesday at 8 A.M. arriving in Boston Thursday at 1 P.M.; from Boston every Saturday at noon, arriving in Halifax Sunday evening at 6 P.M. Through tickets are issues in connection with this line, over most important railways and baggage checked through. The boat is very steady and safe, and most comfortable in her equipments [sic].

Up until 1892 the Halifax appears to have travelled on the Halifax –  Boston route but in that year the Canada Atlantic line was combined with Henry Plant’s, Plant Line and during the ice-free season the steamer began to run as far as Charlottetown stopping at Port Hawkesbury en route. From Port Hawkesbury steamers connected through the Bras d’or lakes to Sydney. From Charlottetown passengers could transfer to other steamers to connect with Quebec and Montreal

The Halifax was one of the first cruise ships to operate in the Caribbean. In 1891 she was reported to have carried a group of American excursionists from Boston to Kingston, Jamaica. Following the 1892 merger of the Canada Atlantic and Plant lines the Halifax was again pressed into the off-season cruise business. In early 1893, she provided three 10-night experimental winter cruises between Tampa, Nassau and Jamaica. Her first cruise left Tampa with 89 passengers on February 16, 1893, with Henry Plant himself aboard to make sure that all went well.  Thereafter the Halifax was a regular on the winter service between Tampa, Key West and Havana operated in conjunction with the Peninsular and Occidental Steamship Company.

While continuing to provide an important freight and passenger service between the Island and Boston, the Charlottetown – Hawkesbury – Halifax connection enabled the Plant Line to begin advertising the Boston – Charlottetown trips – not just as passage, but as cruise. The service thus was a precursor to the dozens of cruise ships which visit the harbour today.  By 1904 the company was advertising the return passage in a popular magazine under the heading “Plant Line Ocean Trips”

“‘One Night at Sea’ or Six Days’ Cruise 1400 miles for $18. From Union Wharf, Boston, every Tuesday and Saturday, 12 noon for Halifax, Hawkesbury and Charlottetown. Good board. Cheapest rates. Best trout and salmon fishing, and shooting. Beautiful scenery. This doesn’t half tell it. Send stamp for booklet ‘Looking Eastward,’ maps, etc.”

The $18 round trip fare looks a bargain but it did not include accommodation or meals. 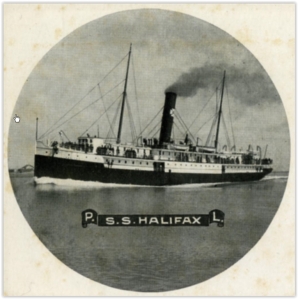 During a thick fog  in August of 1901 the Halifax struck a rock near Minot’s Light south-east of Boston while on passage from Halifax to Boston. The 250 passengers were safely taken off after the captain had beached the sinking vessel close to shore.  Although reported as wrecked the vessel was floated to dry-dock in Boston and was able to be repaired and later returned to the route.  She was temporarily replaced by the chartered Dominion Atlantic Railway steamer Yarmouth  which had been operating on the Plant Line’s Boston to Sydney service. The Halifax was repaired and was back on the route the following year.

In 1903 the president of the Canada Atlantic and Plant line sold out. M.F. Plant turned over the line, the S.S. Halifax, the Plant wharf in Halifax and leases of wharves in Charlottetown and Hawkesbury as well as the charter of the Steamer Olivette to a group of investors from Boston and Halifax.

With the declining fortunes of the Plant Line and the economic difficulties caused by the Great War the line was wound up. The Halifax was sold to a group of New York investors. She was last sighted leaving St. Michael’s in the Azores on a passage from New York to Bordeaux on 11 December 1917 but was never heard from again. 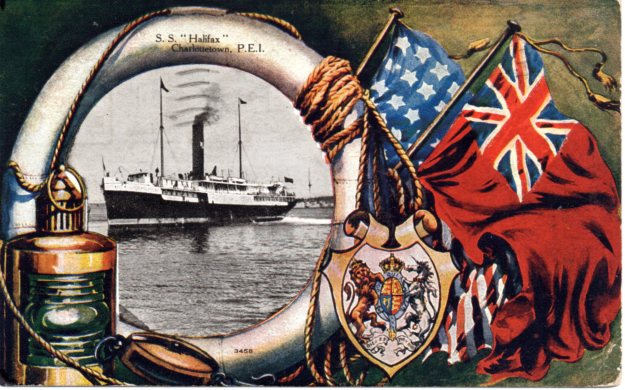 For anyone wishing more information about steamers in the Gulf of St. Lawrence I can highly recommend Kevin Griffin’s on-line history of the Clarke Steamship Company found here. He also contributes to a blog featuring cruise information called the Cruise People.

4 thoughts on “S.S. Halifax – Charlottetown to Boston and Return” 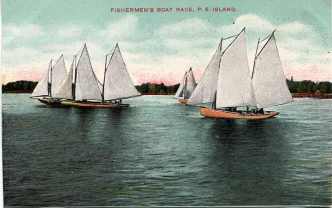 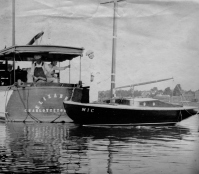 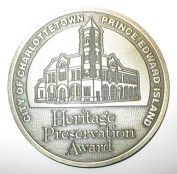 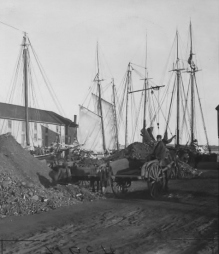