It was a serious warning. The port of Charlottetown was “commodious and safe but difficult of access” and Clarence Paget, the commander of Her Majesty’s Ship Pearl ,gave his opinion in 1838 that the Port of Charlottetown could not be used as a rendezvous for H.M. Ships unless action was taken to provide a survey of the entrance and lay down buoys and beacons to point out the channel.  Now Commander Paget was not to be taken lightly. He was actually Commander Lord Paget, son of a Marquis and would later rise to become a vice-admiral and Secretary to the Admiralty. Moreover he was not the only one concerned about the lack of aids to navigation.  With the development of steamer service to Pictou the need to maintain service, even during the hours of darkness assumed greater importance. In that year “diverse Shipowners and Masters of Vessels” petitioned the House of Assembly that it was “highly expedient for the benefit of trade and safety of shipping”  that a light house be erected at Point Prim. 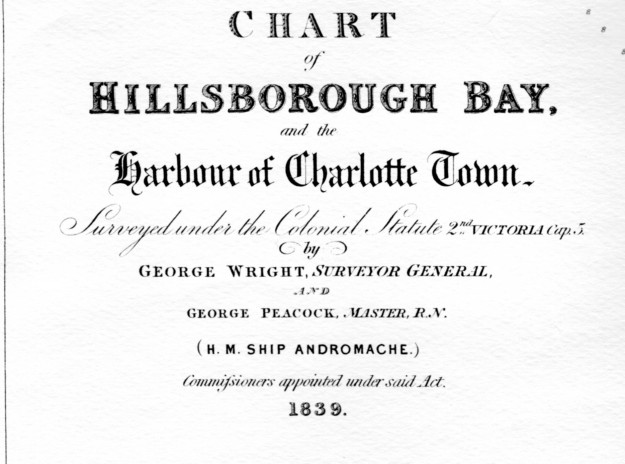 Title block for the 1839 Chart of Hillsborough Bay, published in 1842. 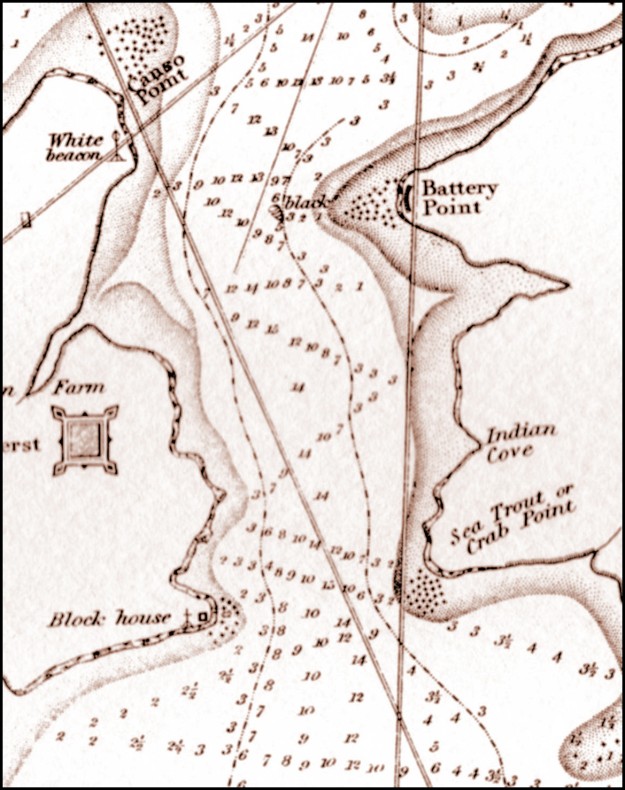 This 1839 chart, which was published in 1842, extended to include Point Prim but the outlined promontory was devoid of any features of interest. The chart  shows a number of buoys and beacons which had been placed to guide mariners as well as ranges for safe passage. Conspicuous in its absence is any sort of light house at Blockhouse point although the chart does show a structure and a signaling mast.

In 1840 a committee of the legislature was formed to report on the best site for  a lighthouse for Charlottetown Harbour. The following year the committee reported that having taken into consideration the least expensive site for construction of the light as well as the costs and management of the operation that they were of the opinion that the western point of Governor’s Island would be the best location. They also helpfully submitted “a plan of a cheap description of Light House” together with the cost of operation.   A few days later, after agreement by both the House of Assembly and the Legislative Council, they advised the Lieutenant Governor that they had allocated £110 for erection and completion of “a small Light House” for Charlottetown Harbour. It appears that somewhere along the way the decision that Governors Island would be the best site of the light house had been challenged and the site for the lighthouse was left to a decision of the Governor.

While the legislature may have ascertained the best location from a cost point of view there is no indication that the actual aid to navigation played much of a role in their recommendation of Governor’s Island. The Lieutenant Governor addressed the deficiency. He appears to have acted relatively quickly and by the end of the summer of 1841 he had completed consultations with a number of naval men. The first response was received from Commander Keith Steward of H.M. Sloop Ringdove who had visited Charlottetown in 1840 and 1841 between anti-slavery patrols in the Caribbean. He felt that the best location would be at Trout Point on the east side of the harbour channel. Capt. Milne of H.M. Ship Crocodile, also of the American and West Indies Squadron was somewhat more particular. If by “harbour light”  the request was referring to the entrance to the harbour then the only site suitable was on Blockhouse Point but the legislature by specifying Governor’s Island must have meant a site suitable for navigation in the bay itself as well as the harbour. That being the case then Point Prim was preferred. Not only would it guide vessels into the harbour entrance but it also would be seen from up and down Northumberland Strait and help mariners avoid both the St. Peters Island reef and the treacherous Rifleman Shoals. This approach was also recommended by Captain Henry W. Bayfield. A light at Blockhouse Point would guide ships to the safe entrance to the harbour even in the darkest, rainy, or foggy night.  However a light at Prim would be better for the assistance to general navigation but such a light would have to be much larger and capable of being seen from a distance of four to five leagues from the deck of a vessel. Bayfield also dispatched the idea of a Governors Island light by noting that the extensive shoals around the island made it very dangerous for any vessel to approach it.

The £110 earmarked for a lighthouse in 1840 but not yet spent was clearly too little for the larger structure need for Point Prim. The matter seems to have lain dormant until 1844 when once again the merchants and mariners of the port sent memorials to the Governor noting that “the daily intercourse with the neighbouring Provinces alone, renders it absolutely necessary that greater facilities should be afforded for the security of lives and property.”  This time there was a more positive response. The speech from the throne in 1845 requested that the lighthouse be built and plans and estimates, as well as operating costs were presented to the House. A sixty-foot structure built of stone and brick with a keepers cottage was designed by Island builder Isaac Smith  who provided an estimate of £464.  The sum of £550 was subsequently approved by the legislature. Construction started  the same year and the light was lit for the first time in December 1845. It appears that by 1846 a light was also to be found at Blockhouse Point.

In spite of being selected as a preferred location for a lighthouse in 1840, Governors Island never did become part of the system of aids to navigation in  Hillsborough Bay. St. Peters Island eventually was the site of a lighthouse but the closest aids to navigation to Governors Island are the buoy marking Fitzroy Rock and a caution buoy marking the underwater crib for an oil well platform  to the west of the island.

The first image of Point Prim Lighthouse. Details from a vignette in the 1846 edition of Bayfield’s Chart of Hillsborough Bay. As the chart was published on 19 January 1846 this image must have been prepared while the building was still under construction. It shows an incorrect number of windows in the light tower.

2 thoughts on “The Governor’s Island Lighthouse: It seemed like a good idea at the time!” 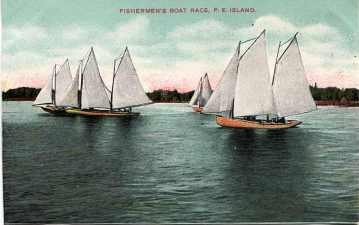 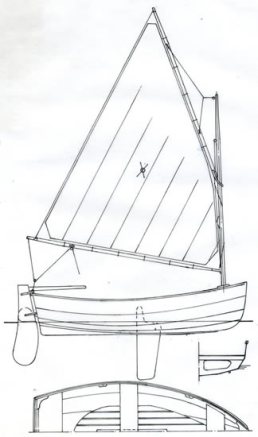 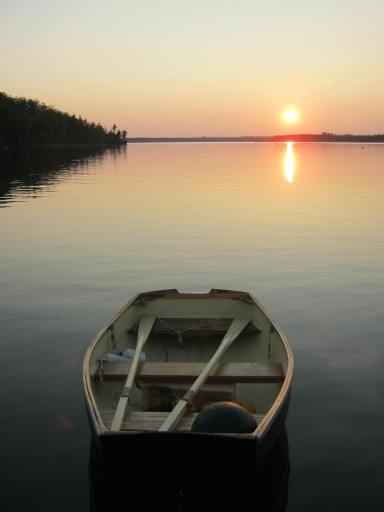 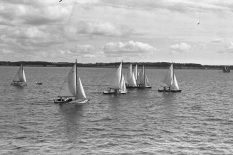 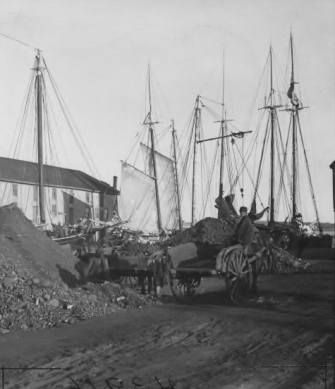 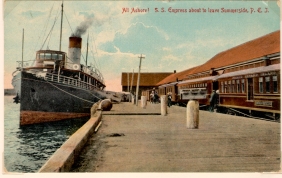 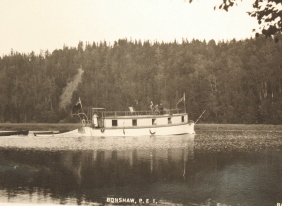 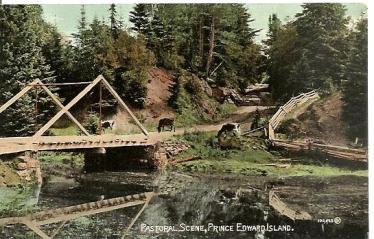 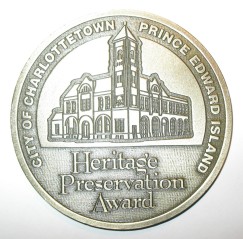