On 21 June 1865 a “very neat little paddle-wheel boat” arrived in Charlottetown Harbour from Boston. It was to become the flagship of the North Shore Steamship Line, a new service which included Charlottetown in its list of ports of call. It is another in a long list of steamers calling at Charlottetown which had seen service in the U.S. Civil War which had ended a little more than a month earlier. 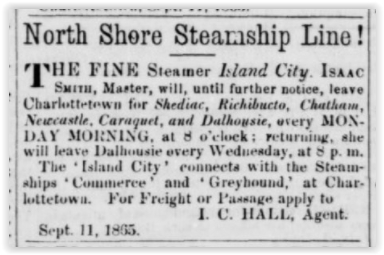 The Civil War had seen as many as two hundred Islanders involved on both sides of the conflict. Greg Marquis in his article “Soldiers of Liberty: Islanders and Civil War” which appeared in The Island Magazine No. 36 Fall-Winter 1994 pp.2-8 tells the story of many of these men but the legacy of the war had several other impacts on the Colony.  During the war there was a good market for shipping as both sides rushed to meet transportation and defence needs but at the war’s end there was suddenly a glut of ships on the market, especially for steamships.

The South had engaged hundreds of ships to bring in supplies and to export cotton to pay for them after the Union set up a blockade of the southern ports only weeks after the beginning of the war in 1861. About 400 of the blockade runners were sunk and 1,100 of them were captured, many of which were added to the Union naval forces or sold on the market. At war’s end most of the blockade runners used by the Union were also put on the market. Whether this surfeit of ships had an impact on the Island’s already weakening ship-building industry has yet to be studied.

One of these blockade runners was the Caledonia, an iron paddle steamer built on the Clyde by Tod & MacGregor of Glasgow in 1856. Unlike later vessels the Caledonia was not built for use as a blockade runner and was operated in British waters by the Glasgow and Stranraer Steam Packet Company.  By 1862 however a series of sales to mask her changes of ownership and operations had begun and she was pressed into service running through the Union blockade into the Southern States. She made at least one successful voyage but her luck ran out on the second. 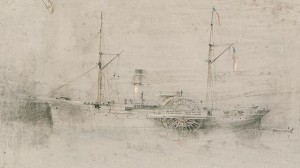 She was captured on 30 May 1864 south of Cape Fear after a two hour chase by the USS Keystone State, herself a previously captured blockade runner. The Caledonia was taken to Boston and was taken over by the US Quartermaster-General for transport duties. The following year she was sold, apparently to the Boston firm of Franklin Snow & Co. They had interests in the Boston and Colonial Steamship line which ran from Boston to Charlottetown via Halifax. The company was soon in negotiations with the Government of New Brunswick for a subsidy which would establish a feeder line serving northern New Brunswick and meeting with the company’s Boston steamers at Charlottetown.

The Protestant newspaper in Charlottetown waxed eloquent as to what this would mean for the Island’s capital:

Her ample accommodations, her carrying capacity, her steady and even tread upon the heavy sea the gentlemanly courtesy of her officers, excited the warmest admiration of our New Brunswick brethren, for whose benefit, and under the liberal policy of whose Government she is specially engaged to run. It is to be hoped that her proprietors will be able to continue her route as proposed, to this place, and so open for our business and trade direct and speedy communication with the New Brunswick Bays; and thus furnish not only stimulus to our enterprise, but facilities for recreation, health and travel.

It is not clear exactly when the service started, but by mid-September the ship had been re-named the Island City and weekly return trips from Charlottetown to Shediac, Richibucto, Chatham, Newcastle, Caraquet and Dalhousie were advertised under the banner of the North Shore Steamship Line. The Northumberland Strait service connected at Charlottetown with Snow’s Boston and Colonial steamers the Commerce and the Greyhound giving a single transfer access to the “Boston Boats”  for those from northern New Brunswick.  However the line does not appear to have been a success because the Island City was on a coastal route from Halifax to Yarmouth the following year and the ship also made voyages to Boston. There were additional changes of ownership and by 1870 registration had been transferred to Boston.

But in 1867 there was still unfinished business with the Island City left over from the 1865 service. In that year the Government of New Brunswick had also been in discussion with the P.E.I. Steam Navigation Company for a $3000 subsidy to provide service to the northern Northumberland Strait ports using their steamer the Princess of Wales. There was disagreement as to whether an agreement had been concluded with the Island company who had provided the service for most of the season but the New Brunswick government declined to pay indicating that the official who had negotiated did not have full authority to bind the province and the subsidy had gone instead to the Island City.  It seems as if the Steam Navigation Company was out of luck although they did get the contract for trips between Shediac and the Island in 1865.

Unfortunately I have been unable to locate any images of the Caledonia. 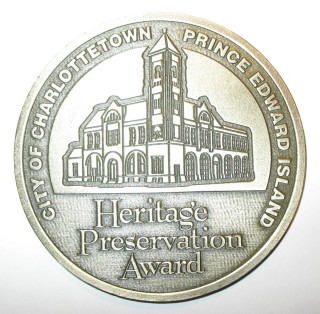 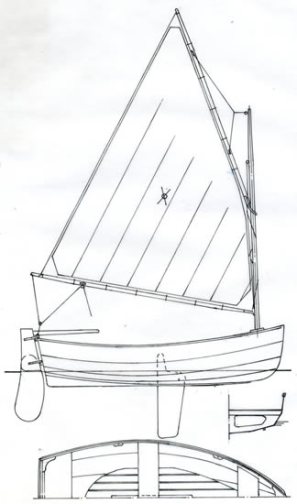 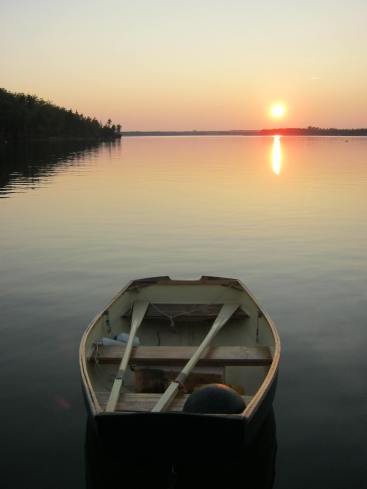 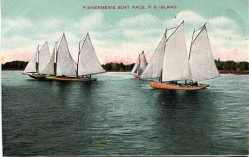 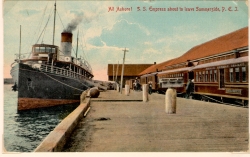 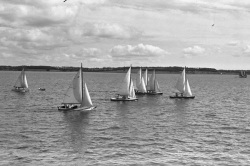 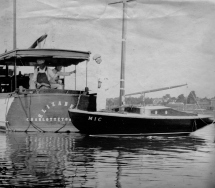 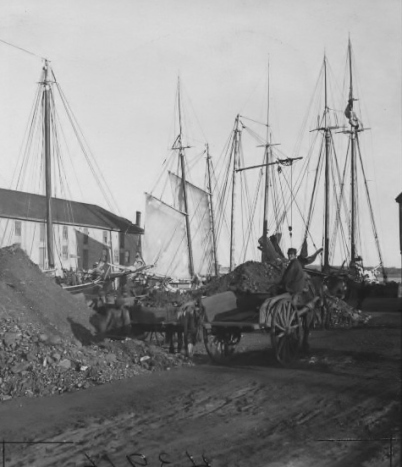 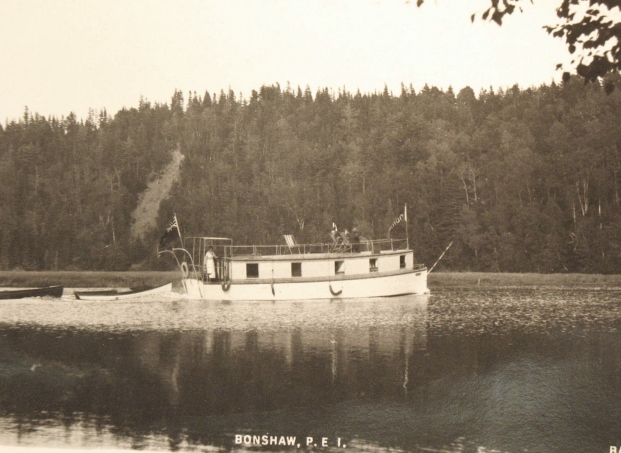