For those living beside them, rivers can be both a blessing and a curse.  The river itself is a highway providing access for ships and boats to the communities and farms along their course. In winter it became a different sort of highway with ice providing a smooth passage both up and down and across its route. On P.E.I. river estuaries reached deep into the landscape and while giving communities access to the sea it also separated them. One area where this was a special problem was along the West or Elliott River.  In early years those living south of the river faced a long trip inland to Bonshaw on their way to Charlottetown.  The unbroken shoreline meant that for those in Cumberland or Rocky Point a trip to town, which they could easily see across the water, was a twenty-mile trip – barely doable in a day. Moreover the route went into the Bonshaw Hills with steep horsepower-destroying grades. 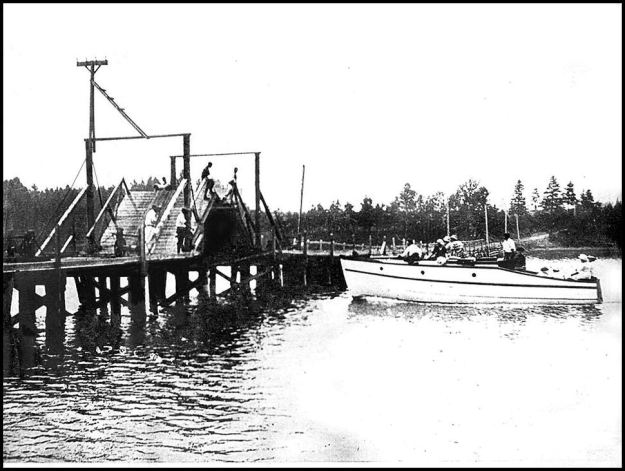 Mac Irwin’s Roamer coming down river ready to pass through the draw of the West River bridge. The raising of the draw may have been something of a local attraction.  All effort was manual, using hand-cranked winches to lift the draw leaves – two can be seen to the left of the photo. This picture originally appeared in the excellent Clyde River community web-site at https://clyderiverpei.com/2010/03/04/original-bridge-at-dunedin/

Until 1881 there was no bridge across the Eliott although there were a number of wharves and a steamer service went up and down the river. There was a rope-ferry across the river at Westville but the service seems to have sporadic.  A bridge was needed and according to Walter Shaw’s in his local history, Tell Me The Tales, there was a local battle for the site. Was it to be Westville, not far from the present causeway, or farther inland?

Detail of Lot 31 showing site of Westville ferry and the site which would be chosen for the West River Bridge. Meacham’s Atlas 1880.

Wherever it was to be built it would function as a terminal for the river steamers because they would simply be too large to pass under or through a bridge.  The higher up the river the more local residents could reach the steamers. The St. Catherine’s proponents of a site near Shaw’s wharf were successful and a 1250 foot pile structure was thrown across the tidal waters.  However access to the upper reaches of the River was still needed, albeit for smaller vessels, and the bridge contained an 18 foot draw section.  The same arrangement was made for a number of other Island bridges.  At Morell for example, a swing bridge on the railway and a draw-bridge at the village allowed small boats to go 8 miles into the hinterland.   With the creation of the West River crossing a small community developed at the north end of the bridge with a general store and a few houses. The community was called Dunedin. There was a post office there from 1892 to 1913. It was here that the steamers such as the Southport,  City of London and the Harland ended their trips up river and in summer Dunedin was one of several picnic and excursion destinations on the West River. With the development of gasoline engines a number of smaller boats provided subsidized packet service above the bridge as far as Bonshaw.

Another group benefiting from the drawbridge was the increasing number of pleasure boaters who made the Strathgartney and Bonshaw areas as an excursion, fishing  and camping destination. Passing through the bridge was a brief but interesting interruption in the trip.

Air photo of the Dunedin bridge about 1937. While the wharf at the bridge is clearly visible there is no sign of a draw section.

The bridge was completely rebuilt in 1919 but the draw was retained. A warehouse was built on the east side of the bridge where goods could be transshipped to the steamers.  In 1929, following a jurisdictional dispute and not a little politicking, the Dominion Government built a warehouse at  Bonshaw and dredged shallow sections of the river above the Dunedin Bridge.

However, by the mid-1930s the traffic on the river had fallen off considerably, The subsidy for the gasoline boats was discontinued. While there were only a few wharves above the Dunedin bridge; McArthur’s and Bonshaw, they were little used and fell into disrepair. Roads had improved and cars and trucks became the favoured mode of transport.  In 1936 the bridge was replaced but this time there was no draw section.  Although the Conservative Charlottetown Guardian editorialized that the people of Bonshaw had received scant consideration by the Liberal Government the only concession made was that the Dunedin Bridge had a bit of a “hump” to give additional headroom so that small boats could more easily pass under the barrier.

For many years the remains of the wharf were visible at the bridge site but a recent rebuilding has removed even these modest reminders that the Elliott was once a water highway to the Bonshaw Hills. 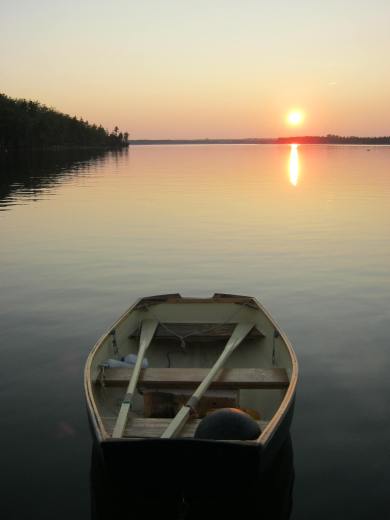 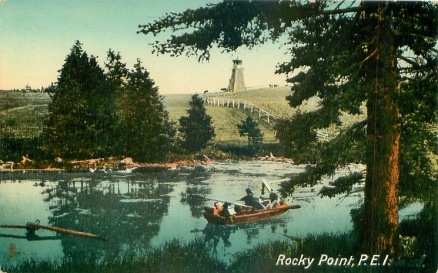