St. Peter’s Island does not have the same mysterious aspect as does the other island in Hillsborough, Governor’s Island.  Although St. Peter’s is larger (about 1.5 nautical miles by half a nautical mile)  it does not seem quite so isolated.   In fact, at low water it is possible to cross from Rice Point on the sand bar. 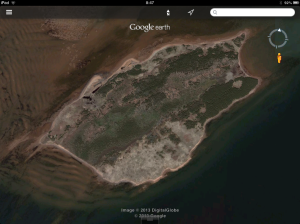 St. Peter’s does not have the colonies of seals and cormorant, blue heron and eagle rookeries and is, for the most part thickly wooded. But St. Peters may have more human history for unlike Governor’s it had a long history of a resident population. In fact up to the middle of the 20th century there were homes and farms on the Island and the inhabitants numbered in excess of thirty in the 19th century.  Most of these were members of the Taylor and Lund families.  The Taylors, especially were associated with the marine history of the area. They operated a lobster cannery on the Island and served for three generations as keepers of the St. Peter’s Island light. 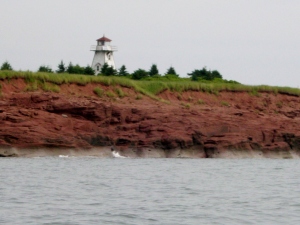 There was a light on the island from at least 1866 with the current building dating from 1881.  The tower stands 38 feet with the light 48 feet above high water.  The lighthouse originally stood at the western tip of the island marking the long reef  extending into Northumberland Strait  but in the winter of 1883-1884 it was re-located to its present site on the south side of the Island.  The light required a keeper until October  of 1947 when it was replaced  by an unwatched electric light. Like other lighthouses on the Island it faces an uncertain future as the Department of Fisheries and Oceans is determined to get rid of as many lights as possible as St. Peter’s does not have a community or organization to take over responsibility for the light. 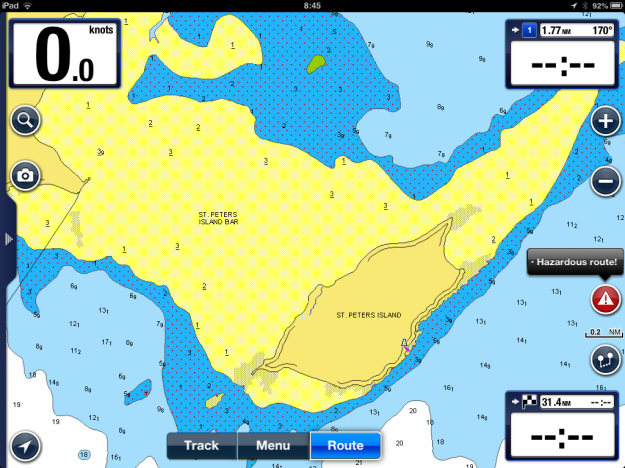 While one can visit the Island by crossing the bar  at low tide it is not easy to visit by boat.  The St. Peter’s reef extends more than a mile to the east and west of the Island and the north side has a wide area of shallows.  In most parts of the shore it is necessary to anchor well off and row ashore.  However to the south deep water can be found right up to the cliffs on which the light sits.  However this is the unprotected side of the Island and there are no coves or anchorages which are sheltered from the prevailing south-west winds.  On returning from Victoria earlier this week (3 July) I was becalmed off the St. 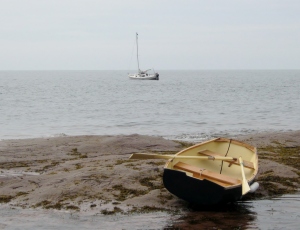 Peter’s Light and took the opportunity to go ashore.  There is a small indentation in the cliff just west of the light which allows an easy climb to the cliff-top.  There is no sand in the cove  and I was forced to haul my dinghy up on the rocks which were being uncovered by the falling tide.   The cove had trapped more than ten mussel buoys and other flotsam  but was hardly a welcoming location. Climbing the cliff I looked back at Ebony to make sure that the anchor was not dragging and I dragged myself up to the grass at the top

As can be seen from the Google earth view the southern part of the Island is open. At one time herds of cattle were driven over from the mainland to graze for the summer. Sine the 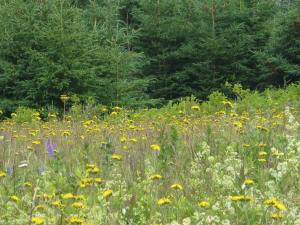 practice was discontinued the spruces are taking over what were open fields. What remains is a magnificent wildflower meadow with several varieties of field plants all in bloom.  In the midst of this stands the light tower, still in relatively  good condition.  Unlike other lighthouses in Prince Edward Island this one is scarcely visited and the  vegetation is unmarked by paths, ATV tracks and discarded beer tins and bottles. 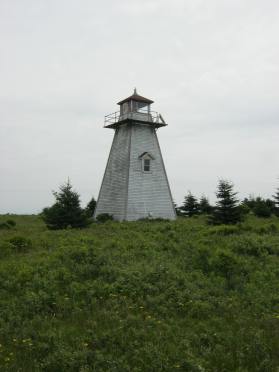 The best view from the light is to the east towards Spithead.   The light overlooks both the meadow and the spruce woods and cliffs beyond.  The meadow promises evidence of the century and half of habitation of the Island as there are flowering shrubs which must have been part of farmsteads  and there are no doubt cellars and wells if one knows where to look.  Somewhere too, is the foundation of the Taylor lobster factory and of the school which served the isolated community.  But this is private property so one treads lightly and not for long. Another visit may be called for – perhaps earlier or later in the season when the mosquitos  relent somewhat. As it is the only souvenir I took back to Ebony was a cloud of dozens of the biters which took the best part of two hours to track down and eliminate. 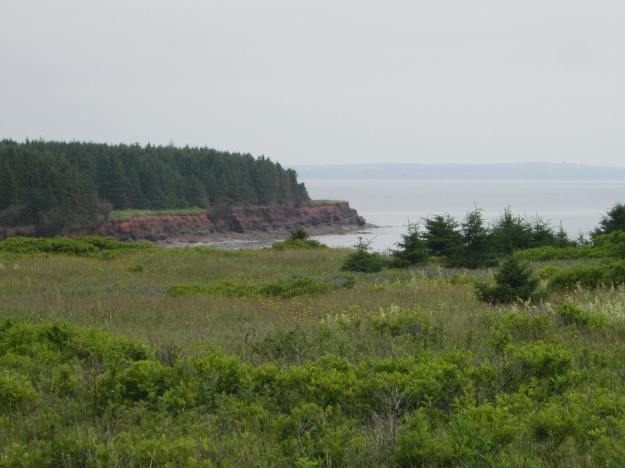 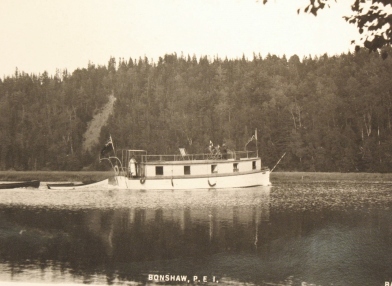 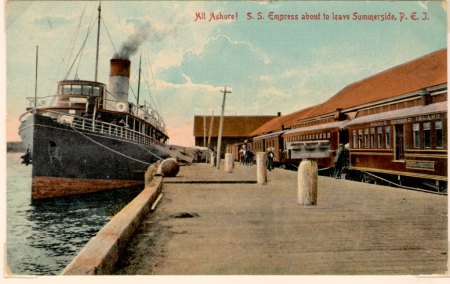 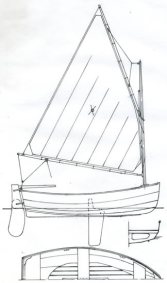 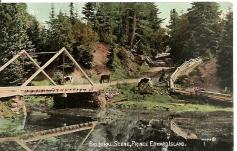 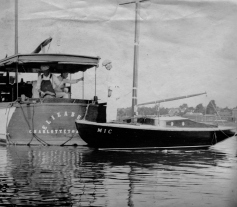 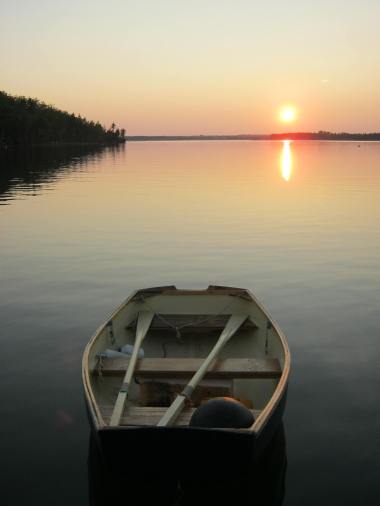 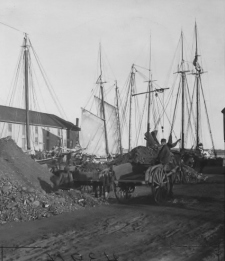 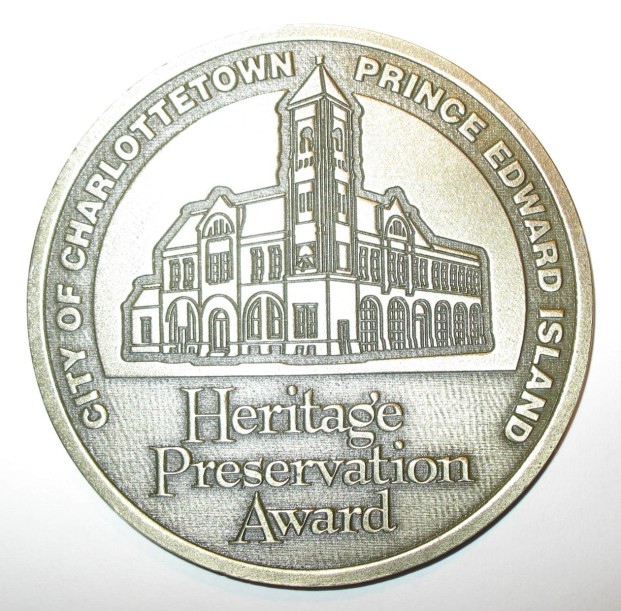