This is a page dedicated to the building of a tender for Ebony. As appropriate for a white boat named Ebony the proposed name for the tender (to be painted black) is Ivory.

I searched through a large number of designs for one which would have both good tender qualities and wouldn’t be too big. When the main yacht is only 20 feet one is sensitive to the scale but I still wanted a boat that was capable of bobbing in some waves and carrying at least two persons and some gear.   It wasn’t long before the pram design rose to the top of the pile.

This will be the sixth small boat that I have built and all, except for the first, have been stitch and glue plywood boats. I have used Phil Bolger designs and ones that were free for the asking off the internet.  My biggest boat to date was a 12 foot Selway-Fisher Highlander and I was quite pleased with the way she turned out. Keltie was a great boat and was the immediate cause of my embarkation into small cruising boats. After several years of testing the limits of a 12 footer I wondered out loud about the possibility of building a larger boat – something around 16 to 18 feet when my wife remarked that she had tired of the damn sawdust in the livingroom carpet and why wouldn’t I just go out and buy a boat. Armed with this permission slip I added a Nordica 16 to the fleet sold Keltie.

For my current tender project I went back to well-illustrated the S-F catalogue. http://www.selway-fisher.com/ and have settled on a pram called  the Greenshank which seemed to meet all my design requirements, http://www.selway-fisher.com/Otherupto10.htm There is also a similar model called the Redshank which has a more conventional bow configuration but I liked the added stability and carrying capacity of a pram. The Greenshank is a 7 foot 9 inch model with six plywood planks per side that (in theory at least) can be built from two sheets of plywood. Two sheets if you don’t count the bow and stern transoms, seats and fittings.  The design allows for a daggerboard and sail configuration but this will be a strictly rowing boat –  unless I get bored next winter and decide to re-build her as a sailing craft.

I have worked on the project through the winter and early spring of 2012 and fully expect an April or May launch. 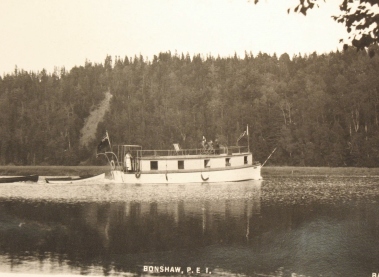 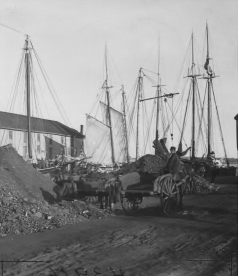